Girls and STEM – What really influences their decision at A-level?

There was uproar last week, as Katharine Birbalsingh (Social Mobility Commission Chair) was reported to have told MPs, the reason take up of A-level physics was low at her school, was because ‘physics isn’t something girls tend to fancy’. The Guardian article “Girls shun physics A-level as they dislike ‘hard maths’, says social mobility head” stirred up a storm in the STEM world.

When I first read the article, I thought the “there’s a lot of hard maths in there that I think they would rather not do” must surely be a mis-quote, or misunderstood out of context. Ms Birbalsingh, the Head Teacher of a school in Wembley where the % of girls taking A-level physics is lower than those taking mathematics and the other sciences. The avoiding “hard maths” comment confused me, when girls at her school are taking maths A-level and nationally last year, girls outperformed boys at both GCSE and A-level maths.

The Mathematical Association highlighted the impact on equity and social mobility of gender stereotypes, such as suggesting girls avoid hard maths work.

Ms Birbalsingh was now at the centre of an argument I’m sure has taken her by surprise. In her interview, she admitted to not having given it much thought, so it appears her response may need further exploration in order to find out the true reasons behind her school data. I do not wish to join the people attacking Ms Birbalsingh, but I do believe the point raised is an interesting one. The picture of girls’ choices at GCSE, A-level and beyond is a complex one and social factors probably play a greater role than do any ‘natural differences’ in boy/girl preferences. The idea of a male brain/female brain has been questioned and research has shown there is far more variation within groups of men/women than between them, so this cannot be the reason girls are not choosing physics. It is more likely to be what happens to girls as they grow up, at home, at school, media and social influences – these all have a huge impact.

Speaking as woman, who preferred playing with trains and Action Man as a child, and a mother who ensured all types of toys were available as my children were growing up, I tried to avoid boy/girl stereotypes – but looking back, I realise it was impossible. And all these years later, it still is. A baby is born, you want to buy a birth card – you’re faced with pink or blue cards! Visit a toy store to buy a present, which aisle do you visit, the boy or the girl one? Buying a present for an older child, what is typically bought for boys/girls? Who is more likely to get the construction toys, the computer game, the roll play, the dolls? And when choosing books or games? I’ve not even started on clothes and shoes, or how confused strangers are when they cannot distinguish a child by their clothing or hair length. Whether we like to admit it or not, in our society there are long-standing biases, some unconscious and different expectations of boys and girls. This does not always stop at the school gates.

Do girls really have free choice? Are they encouraged to consider the wide range of subjects at school? Are they encouraged to consider careers in STEM (which usually come with high salaries)? Reports suggest that even when girls do select STEM subjects, and do well in them, they suffer from ‘imposter syndrome’ finding it difficult to believe in themselves. Where does this lack of confidence come from?

Ms Birbalsingh addressed criticism of her comments by claiming that women are more empathetic and men more systematic, making men more likely to succeed in physics and believes it’s not her place to encourage girls to select subjects they do not like/lack the confidence to pursue.

I politely choose to disagree with her here. I have joined a STEM Roundtable group in Birmingham to discuss girls and STEM – as I believe it is important to try to raise the aspirations and confidence

of girls. Working within Excelsior MAT, I encourage school leaders to celebrate Women in STEM. I highlight to subject leads the importance of sharing the impact of women in STEM with students, from Marie Curie to Gladys West, from Ada Lovelace to Maryam Mirzakhani. Many of these now famous mathematicians and scientists, faced discouragement through their childhoods and through their education. Maryam Mirzakhani was told by her maths teacher she was not particularly talented in the subject, the following year, and a different teacher, who encouraged her, and her outlook was completely different.

For girls, or any child, to do well, they need people to believe in them – parents, teachers, they need role models, and they need to believe they can and that it’s worthwhile. Yes, physics A-level is hard work, but I really do not believe that’s the reason girls at some schools drop it. Data reveals, the number of girls selecting STEM subjects in single sex schools is higher than in co-educational schools – that is worth investigating.

The Institute of Physics produced a report in 2018 – “Why not physics?” drawing attention to all those idle comments, such as ‘girls can’t do maths’ or ‘physics is too hard’ leading to girls making life-changing decisions about the careers they pursue. If girls are not made aware of the opportunities are available to them, they may believe physics, and other STEM careers, are not for girls. The ‘It’s Different for Girls’ report in 2011 revealed physics to be 19th place amongst choice of subjects for girls at A-level, but 4th place for boys. The gap between boys and girls in mathematics and other sciences has been closing over recent years, but in physics it remains high. Despite girls having physics in their top GCSE grades, only a small percentage of these pursue the subject at A-level. Routes through science study at secondary also impact on A-level choice – at some schools, this route is influenced by KS2 SATs results, or English results. This report makes several recommendations, starting with schools monitoring by gender the uptake of A-level physics and putting in place measures to address inequalities in numbers. It suggests scrutinising the careers guidance given to students as they select subjects. Are there any biases?

A very unscientific study I carried out (speaking to young people known to me about their A-level choices) revealed a difference between boys and girls in their reasons for selecting physics – boys I spoke to said it was something they needed to pursue their career choice (a means to an end), girls however were full of passion and selected physics out of pure enjoyment of the subject. Maybe this should be investigated further.

Ultimately, the lack of girls studying STEM subjects at A-level and beyond, will have consequences, not only on their own lives, but on all of us and on the UK economy. The number of jobs requiring STEM skills is on the rise, over double that of any other career. The Government’s Industrial Strategy highlights the high demand for workers in STEM subjects, and the current lack of workers with these skills in the UK. The cost to the UK economy of a shortfall in engineering skills has been estimated at £27 billion a year from 2022. Considering the current economic situation in this country, and current issues, such as the energy crisis …. We need all the great physicists we can get, to find a way forward. Careers in astronomy, technology, research, engineering, automation, programming, meteorology, metallurgy, nuclear energy, electronics can lie ahead for young people choosing A-level physics, but there are far more careers which benefit from the skills learnt in physics. I would say the most basic skill one learns in physics, is to think like a physicist, by asking ‘why’ and ‘how’ … being curious about our world and how it works. Physics is our reality; it is through physics that we can shape our world and its future. We all need the skills we learn in physics.

Forty years ago I argued fiercely with my school, backed by my parents, because I wanted to study physics to O-level, whilst I was told I must study Home Economics, because I was a girl. You would think all these years later things would have changed. But has it?

If you wish to ponder on the above further, I strongly recommend you listen to:

“Gonna be an engineer” by Peggy Seeger (available to listen to on YouTube) and after listening, read the comments beneath it.

Women’s roles in society and in the workplace may appear to have changed a lot over the last 50 years or so, but have they really? There is still much work to be done I’m afraid, and the pace of change needs to pick up. 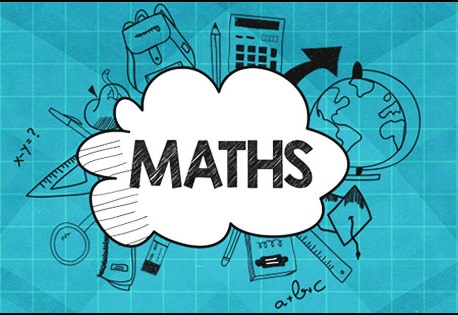